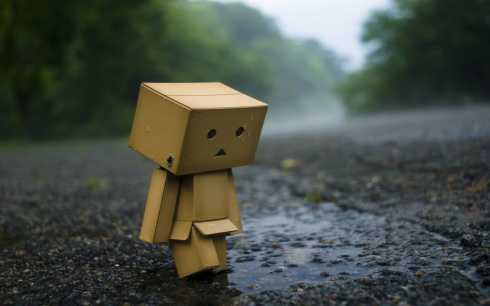 When Outworking Your Competition Doesn’t Lead to Outperforming

Nobody likes to get beaten up. Even worse, getting beaten up and embarrassed in front of everyone you know.

It happened to me all the time in high school.

Don’t worry—I wasn’t the victim. This was self-inflicted, for the most part. I signed up for this crazy kind of torture and humiliation when I committed myself to the school wrestling team.
I say it was mostly self-inflicted because, even though it was my decision to wrestle in high school, the whole town expected me to do so. Their expectations were not just that I would wrestle, but that I would be great at it.
These crazy expectations came from the fact that my father (who had recently retired) had been the local wrestling coach for 20 years. With all of his success, he had even been inducted into Alaska’s Coaching Hall of Fame.

Everyone expected great things from the Coach’s kid.

The problem was that I wasn’t very good. I was slower than most, my balance was totally sub-par, and any natural talent for wrestling was non-existent in me.
I vividly remember walking out onto the mat and hearing the announcer say, “Up next, Mike Turner.” A roar of cheers and clapping erupted because they recognized my name, even if they didn’t know me personally. I imagined them saying to the person next to them, “That’s Coach Turner’s son! The next match should be great.”
My team had high expectations, too. I was a good leader and quickly rose to team captain. Unfortunately, this only increased my anxiety.

I tried to use the anxiety and fear of embarrassment as fuel.

I would work out harder and longer than my teammates. I would run for miles in the wee hours of the morning in the freezing cold. I’d practice wrestling moves and drills all the time. And I would show great discipline and cut my weight to get to the lowest weight class I could in hopes of being stronger than my opponents.
All these actions gained me respect among my teammates. However, I hid how much I would starve myself. The only real meal I would eat was dinner, because that was in front of my parents. I would drink at least a pot of coffee each day to help keep my cravings down. I became an expert on the weight of food—not the calorie count, but what effect it would have on the scale if I put that food or drink in my body.

What I failed to see was that the efforts I thought would give me some kind of edge at winning—the constant workouts, dehydrating my body, and starving myself—had the opposite effect and only made my performance worse.

At the beginning of the week I would be more liberal with my diet and water consumption, so at practice I would battle like an animal. By the end of the week, however, when I would have to make weight, my body would be broken down and weak. Throw the stress and anxiety on top of that, and I would go out on the mat and feel exhausted after 30 seconds.
Somehow I managed to win more than I lost (barely). I routinely led the team in takedowns. That’s when two wrestlers start on their feet, and if one gets taken down to their hands and knees, the other wrestler scores two points. This was not the result of skill, but desperate determination. My opponents would make moves on me, and I would just kind of grab them, squeeze them as hard as I could, and then use my strength to break them down and get the two points. They would use their skill and talent to get away from me, and the cycle would continue for the rest of the match.
Because of this odd pattern, many of my matches would go into overtime. They were extremely boring to watch since it was mostly me holding on for dear life, while the other wrestler tried to squirm away.
I put every ounce of strength I had into each match. At the end, I could barely walk off the wrestling mat without collapsing. I remember after one of my final matches as a senior, I went to shake the hand of the opposing coach, which was the customary practice, and I fell into his arms. He was kind enough to help hide the fact that he carried me back to my teammates, who were cheering my victory. They didn’t know that I could barely speak or walk. I think if the round went three seconds longer, I would have lost.

On the times I did lose, it was soul crushing.

To lose in front of my team, my family and friends, my classmates and community—it devastated me every time. I don’t know how to describe it other than suffocating, humiliating embarrassment—which only led me to work harder and eat less.
It’s easy to look back and see how foolish I was with my training and diet, and to recognize the unnecessary stress I put on myself during those times. But at the time I was blinded by the desperate desire to make sure I worked harder than anyone on my team and any of my opponents in hopes I would win. Many years passed before I could look back at my time wrestling with a new appreciation, where I could see the valuable hidden lessons it gave me.
If I would have sought help dealing with that anxiety and pressure—if I would’ve practiced staying calm and enjoyed the sport rather than being hyper-focused on not losing—if I would have noticed that I felt stronger and had greater endurance when I was hydrated and eating well, it would have helped me to more victories and turn the dread I was feeling into excitement.
Today I live in a different town, but like the one where I grew up, many people know me here. Because I own a business, many people rely on me to come through for them. I have a family that depends on me to provide for them and to be there for them.
The pressure to come through for people routinely causes me to work from 4:30 a.m. to 9:30 p.m. for months at a time. I sometimes feel the same pressure as I felt wrestling, to make sure I am doing everything I can to live up to expectations—to win. As times get tough, I fall into the same trap as I did with wrestling, thinking I just need to work harder.
Fortunately, with some reflection on my wrestling days and guidance from some mentors, I am able to recognize that working harder is not always healthy and not always the answer. When I fall into that trap, I talk about my concerns with my wife, family, and colleagues. I write about my struggles and share them with other agents. I practice daily reflection and mindfulness to help focus my efforts in the right areas of my life and in business.

I can’t overstate the importance of taking time to reflect on what you’re doing and how you’re doing it. If you are not constantly reflecting on your chosen strategy for your work, relationships, and pursuits, you may not realize that you’re taking the wrong approach and doing more harm than good.

You can often win by outworking your competition, but at what cost?
What are you sacrificing or losing to prove you can work harder than others? There is always something you are sacrificing if you commit your mind and body to making sure you outwork everyone around you. 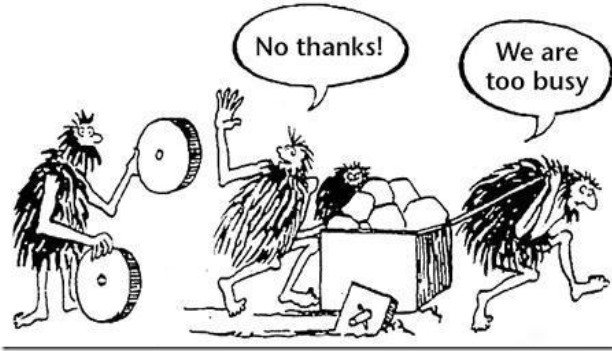 It’s the old adage: “Work smarter, not harder.” But when you’re in the chaos of surviving life, work, family, love, etc., it’s hard to see when you’re not working smart. When you’re getting beaten up and focusing on not losing, it’s hard to see that there may be a better approach or an alternative path.
Daily reflection is the only way I have found to successfully “work smarter, not harder.” It’s a ritual that I recommend everyone practice—ideally in the morning, before the day’s distractions get the best of you. Take ten minutes to think about not only your strategy for the workday ahead, but your relationships, health, and whatever else is important to you. It’s a simple exercise that can eliminate stress and shed light on what’s really important. And it sure beats getting beaten up.
Facebook Comments
Sharing is Caring at this Speakeasy