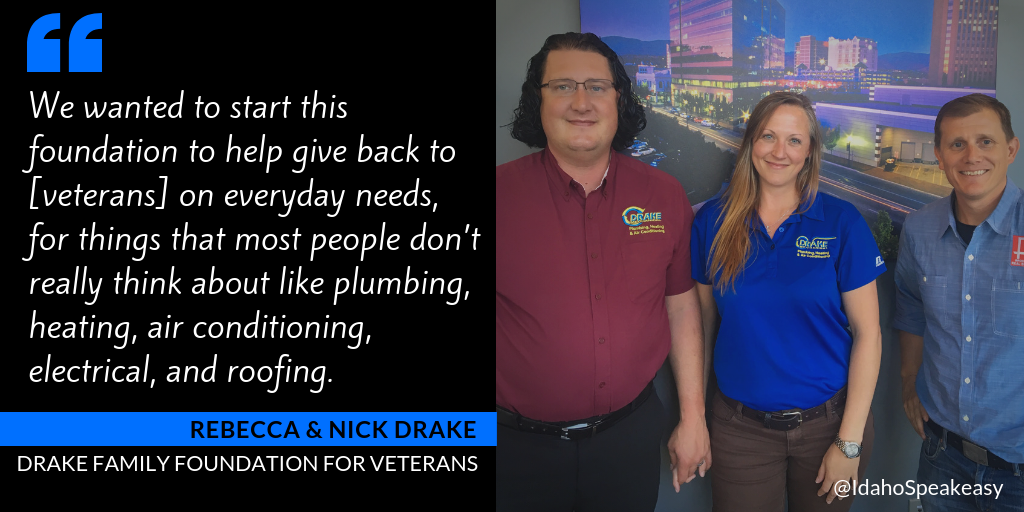 Coming from families who have served our country, Nick and Rebecca Drake had long held a vision of opening a foundation to give back to the men and women who have sacrificed so much to protect our freedom. Seeing a gap in the assistance being offered to veterans, the couple decided to open a foundation which would give back to local veterans by helping them with HVAC, electrical, roofing, and plumbing needs. “There are a lot of foundations out there currently that are helping veterans with food and clothing and those types of things,” says Rebeecca, “but no one really to just help with everyday, just household things like hot water or an air conditioner in the summer when it’s 100 degrees outside, some things that a lot of us just take for granted that they don’t get to experience.”

Although the foundation has only recently begun receiving applications for assistance, the Drake family has a great vision for the impact their foundation can have on the community. “[Our] vision for this foundation is that – within the next few years – that we are successful enough to be able to help every veteran in the valley that needs assistance and not ever have to turn anyone away,” explains Rebecca. 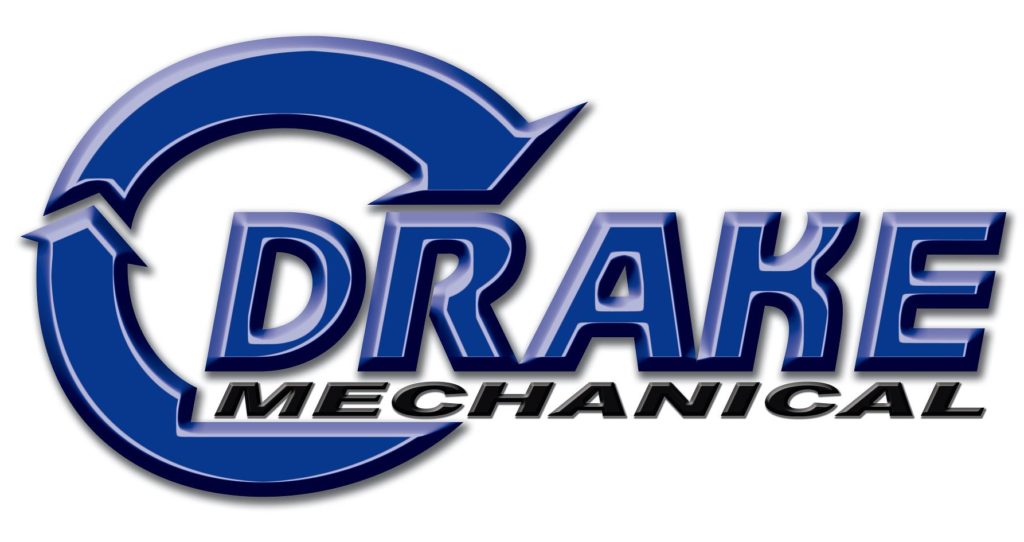 Nick and Rebecca operate Drake Mechanical, a family-business which has been around for 5 generations and currently has a staff of 28 employees. In 1909, the business opened as Drake & Sons Plumbing. Over the years, the business changed names multiple times as different sons left and new skills were added. Before 1909, Nick’s ancestors were working on the geothermal wells that still supply downtown with hot water. “If you really want to go back, [the Drake family was] in Idaho City in 1865 and brought the first load of lumber from Idaho City to Boise,” says Nick.

Like his father before him, Nick’s dad taught him the importance of “[giving] back to the community that gives to you.” From a young age, Nick was involved in community service. “From Cub Scouts and Boy Scouts to being involved with the Shriners or Masons or even the Idaho Jaycees for a short period of time, I’ve always been involved in giving back,” he says.

After restoring a T6 trainer airplane from WWII as a teenager with the help of his father and brother, Nick participated in “airshow, after airshow, after airshow” where he had the opportunity to “[talk] to WWII veterans and people who had been through Vietnam.” His time with these veterans became ingrained in him along with what they went through and how they “put everything on the line for us.” Nick speaks with palpable appreciation for these opportunities, specifically since “the stories are going away faster than you can hear them anymore.”

The Drake Family Foundation for Veterans

Nick recognizes that through DFFV he is serving those who “did something [he] could never do.” Before the foundation opened, the Drakes had the privilege of assisting the family of a serviceman who had recently purchased their dream home in the Mountain Home area. While the husband was serving oversees, the family closed on the home only to realize that “they didn’t have any water that they could get to their house,” explains Rebecca. Before the Drake family became involved, they were close to giving up, selling their home, and trying to find someplace else to live.

The Mountain Home family heard about the Drake family’s heart for serving veterans through the military discounts offered at Drake Mechanical. Nick and Rebecca were thrilled to be able to step in where help was needed.

Attaining 501(c)(3) status for their foundation took almost 2 years. “Every step of the way, it was definitely worth it because we know that we had an amazing end goal of what we were trying to do. Yeah, definitely all of the paperwork that the government wants is crazy to get through, but we’re very, very excited that we’re there,” says Rebecca.

The biggest challenge for DFFV is “Getting the word out to everybody here locally,” says Rebecca. The foundation needs the support of the community in order for the Drake’s vision of helping “every veteran in the valley that needs assistance” to become a reality.