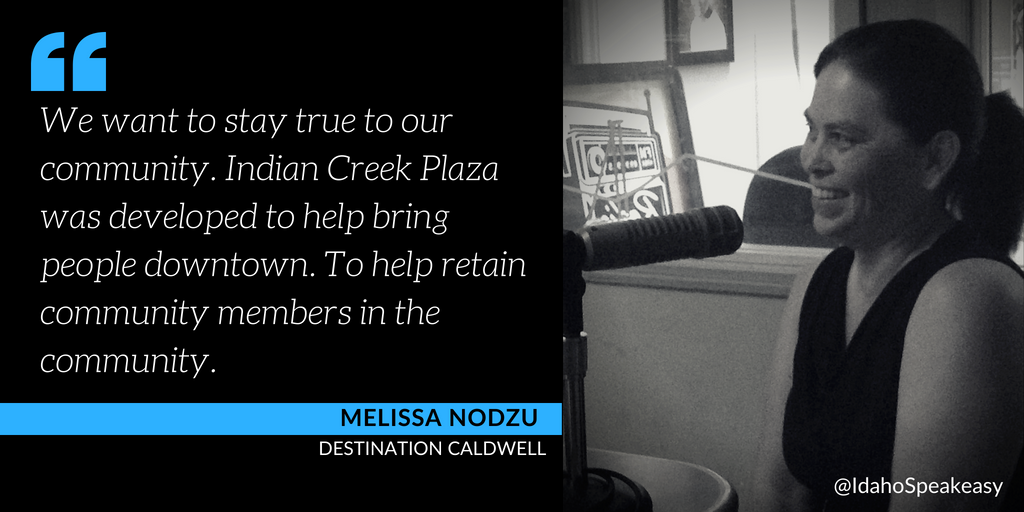 In 1991, Melissa Nodzu moved to Boise to attend Boise State University. She later married a Boise native whose parents ran their own small business, Tomcat Printing. Nodzu credits working for her in-laws’ business with bringing out her entrepreneurial spirit.

Although she later became the Market Director of the Capital City Public Market, she “actually started at Capital City in 2004 as an artisan vendor” where she sold her art almost 10 seasons. Together with artisans from the market co-op and other local artisans, Nodzu started “Art for Art Idaho, a little artisan co-op that [they] did during the holidays in Vista Village.”

By late 2016 and after spending four years as the Market Director of the Capital City Public Market, Nodzu decided it was time to retire. She took most of 2017 off, and watched more Netflix than she had ever watched in her life. As the year progressed, she left her self-imposed retirement to launch Ione Bitters with a friend. “There’s a variety of things that you can use [bitters] for… Ours are primarily foraged or we grow the product.” They produce their small-batch bitters by soaking seasonal ingredients in Idaho vodka for 2-6 weeks, a process known as neat extraction. Their bitters are now served at a variety of bars in downtown Boise.

In addition to launching a new business, last year Nodzu accepted an offer to become the Director of Events for Destination Caldwell, a non-profit organization which focuses on revitalizing downtown Caldwell. She was primarily drawn to this role for the way it addresses food insecurity in our country. Reviewing the job description, she realized, “It’s all about agriculture, really. Caldwell grows over 130 varieties of crops.” 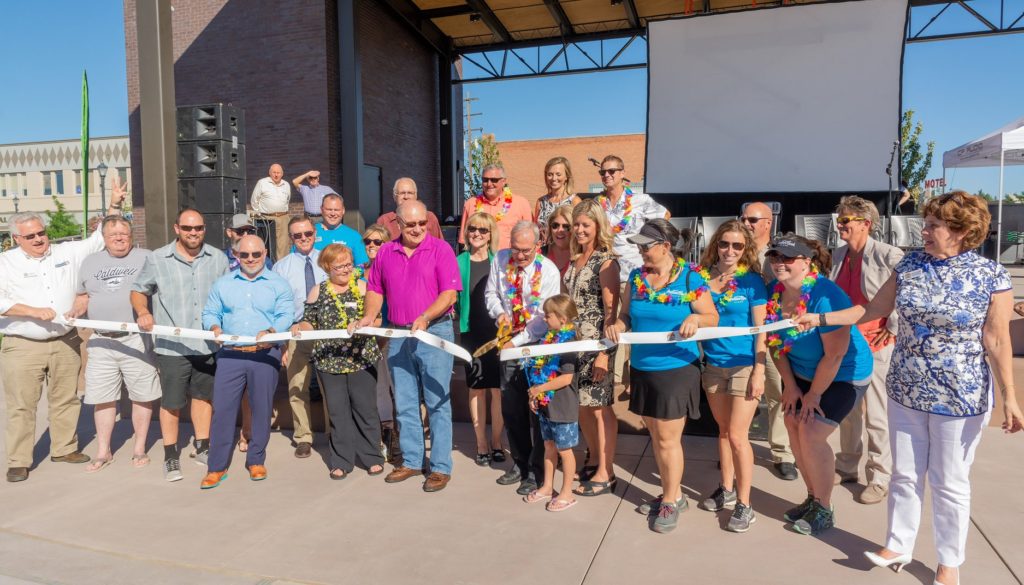 “It’s really exciting to be out there,” says Nodzu, “kind of at the forefront of this boom that they’re going through.” Seeing the value in revitalizing their city, building owners are putting money into preserving their historic buildings by “bringing them up to code, but still staying true to their roots.”

Nodzu describes Caldwell’s current situation as like “when they were trying to revitalize Boise in the 80s…, but a little bit ahead of the curve.” To develop the downtown, Nodzu initially believed that she needed to draw out people from Boise to come and explore Caldwell, but it was not long before she realized that there were plenty of people in the West Valley and the surrounding towns who “want their own place to congregate.”

Even before the initiative of Destination Caldwell entered the scene, Caldwell had been attracting visitors by hosting a free Winter Wonderland where four blocks in each direction were blocked off for pedestrians and the streets were decorated with life-sized gingerbread houses and igloos.

Over five years ago, a group of citizens and business leaders in the community hired a consultant to come out and analyze how the city could be developed. After 2 years of fundraising, the group was able to hire the same consultant to come back and make a 5-year strategic plan.

The consultant advised that they create a gathering place “where people [could] come and congregate, and be a part of the community.” In response to this, Destination Caldwell made plans to develop Indian Creek Plaza, a one-acre plaza downtown.

The goal of Indian Creek Plaza is “for it to be [surrounded by] only local restaurants and retailers, so we want to stay true to our community. We don’t want to bring in Big Box restaurants or Big Box stores. We want our neighbors to be in those stores.”

Working with the City of Caldwell

Work with the city government has been incredibly straightforward for Destination Caldwell. “We basically fill out an application, tell [the city] all events that are coming to our plaza, and it’s like, ‘here you go.’ It’s so simple.”

The city of Caldwell has ownership of the Indian Creek Plaza, but Destination Caldwell is under a 10-year memorandum of understanding to manage and oversee programming for the plaza.

Nodzu describes her efforts at making it even easier for individuals to rent the plaza: “We basically will do all the behind the scenes work for you, and it’s done.” Rather than independently filling out paperwork with the Parks and Recreation Department and attaining – and paying for – multiple permits (catering permit, special event permit, permit to close roads etc), individuals interested in hosting private events can pay a single rental fee, and Destination Caldwell will do the rest of the necessary work on their behalf. 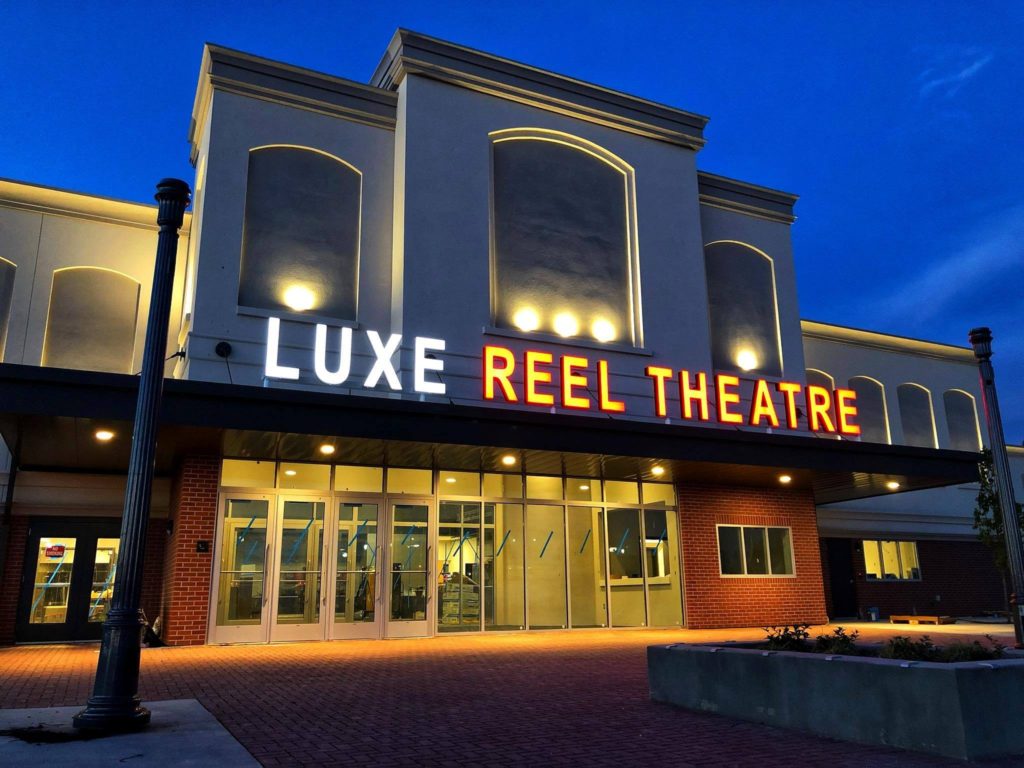 Nodzu describes the goal of Destination Caldwell as “to really create experiences out there that you’re not going to get anywhere else.” To do this, she recognizes that beyond developing the Plaza, “There needs to be a wine bar downtown. There needs to be a brewery downtown.”

Next year Destination Caldwell is planning on developing a marketplace for Caldwell as well as expanding their current “Farm to Fork/ Farm to Cork” dinner series. An Agritourism committee has already banded to discuss working with commodity farmers to offer behind the doors tours of their farms.

Over the next few years, Destination Caldwell wants the promotion of local businesses to become their primary objective. 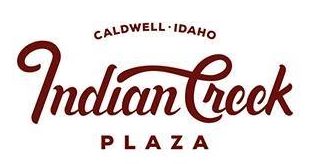